September and October Music!
Every month I'm going to be posting pictures of celebrity singers in chorus. I will also be posting the culture of the month for first through third grade. (Thank you for all of your suggestions!) Finally, I'm trying to include more pictures and videos of what goes on in the music room! I teach 33 classes a week (21 JFK and 12 Parmenter) so while I can not capture every class every month, (I would need a personal videographer!) I'll do my best to capture each class before the end of the year. Hopefully, by seeing another class in your child's grade you'll still be able to have a great conversation with your child about what they're doing in music!

Thanks for reading! Mrs. Mac(Murray)

Kindergarten:
This first term students are focusing on two things. 1. Learning that the beat is a steady pulse. (We've been exploring our surroundings and finding the beat everywhere! Our hearts, tools, clocks, music, instruments, our bodies, buses, windshield wipes, swings and so on can all move with a steady pulse!) 2. We can use our voice to shout, speak, whisper, sing, chant, and audiate! (Ask them to show you all the voices we use in music!)
Mr. McCarthy's Class JFK
"Ghostbusters!" Students explored moving the light to the beat.

Mrs. Bigos' Class Parmenter
"Pumpkin Patch" Students explored walking to the beat and using their chanting voices.
*See first grade's video for another song we did in Kindergarten!

1st Grade:
In first grade we took a month to review our concepts from kindergarten. We are now focusing on two learning objectives. 1. We can echo patterns in duple meter using syllables. (We are using syllables such as Du (pronounced Doo) and Du de (pronounced Doo day). This is the second step in learning how to become fluent in rhythm.) 2. We can accurately find and sing the resting tone. (The resting tone is one of the most important notes in a song sometimes referred to as "Do" pronounced "Doh".
Mrs. Zarrella's Class Parmenter
"Little Ghosty" Students sang and audiated this song, ending on the resting tone. Students also reviewed "flow" which is moving to the space between the beat.
*See K's videos for some more activities we did in first grade.
*See 2nd grade for a song we did in first grade.

2nd Grade:
In second grade we spent a month reviewing end of the year first grade objectives. This year we are echoing and identifying two different kinds of patterns in duple meter (Macro/micro patterns and Division/Elongation patterns). We are also learning to sing patterns in major tonality using solfege! (Think Sound of Music Do-Re-Mi:)

Mrs. Henault's Class JFK
"Te Ve Orez" Students danced to this Israeli song (Israel is our culture of the month!) and moved to the macro and micro beat in duple meter.

3rd Grade:
In third grade we spent a month reviewing end of the year second grade objectives. This year we are echoing and identifying two different kinds of patterns in triple meter (Macro/micro patterns and Division/Elongation patterns). We are also beinging to not only echo but also improvise our own patterns using solfege in major tonality.

4th Grade:
Students in fourth grade spent a month learning the names of the notes on the treble clef staff and reviewing rhythms in duple meter and their names. Just a couple of weeks ago, students received their recorders and are learning how to play the note B without squeaking. Recorders will be coming home in January!
Mrs. Hefler's Class (Parmenter) first time playing B on recorder!
Mrs. Hefler's Class (Parmenter) playing B after some special instruction. (Leaks cause squeaks and blowing too hard.)
Mrs. Merten's Class (JFK) playing our first song, "All Alone" on the recorder.

5th Grade:
We have been so busy catching up on recorder from last year, I'm sorry to say I didn't get any videos! We are reviewing notes from last year and adding some new practices to our bag of tricks! Students are learning how to count rhythms (their middle school teachers will be so impressed!) and we're really focusing on making sure students can read and write their own music in duple and triple meter. I'm happy to say all students learned a mystery song earning their turquoise belt and "Skin and Bones" earning a pumpkin green and orange belt. Right now students should be busy learning "Quest of the Three Kings" which will be played at our concert in December! Remember, recorders should always be in backpacks and every student should be practicing the recorder 5x a week for 10 minutes each time. Can't wait for ukuleles will begin in January! *Practice video and ukulele information is in my previous post.

3rd, 4th, and 5th Grade Chorus
All choirs have been learning or reviewing their chorus objectives. So far we have done...
1. We can sing with the 5 points of posture.
2. We can sing with great breath support!
3. We can sing with diction to make the words clear.
4. We can shape vowels to create a great and unified sound.
Reminder that concert dates are on their right side of this blog page. These kids are going to sound amazing!

4th Grade Chorus JFK
Warm Up "Old Abram Brown" Students enjoyed experimenting with different ways to perform this song. All ideas were provided by students!
Here they tried the song again as a 3 part round.
4th Grade Chorus Parmenter
Warm up "Old Abram Brown" Students also experimented with different ideas. Unfortunately, due to an iphone storage issue the performance got cut short! However, you still get an idea of what a great group this is!
5th Grade Chorus JFK
Warm Up "Ghost of John" This is a new warm up this year that I might be tempted to add to our concert. Once again students decided how to perform this round. Spooky! 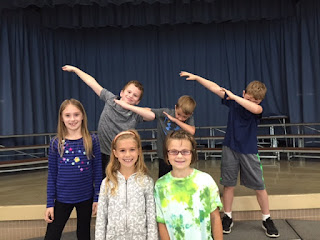 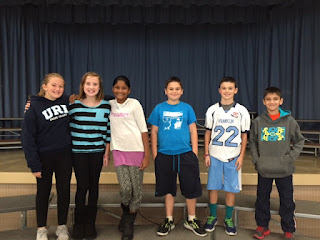 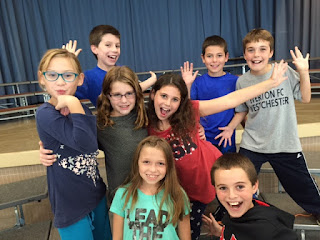 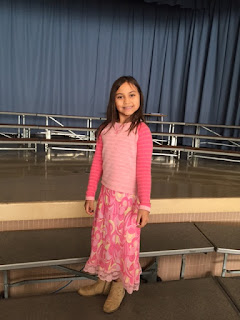 October 3rd JFK Ariel moved but we still wanted to celebrate her as one of our celebrity singers! 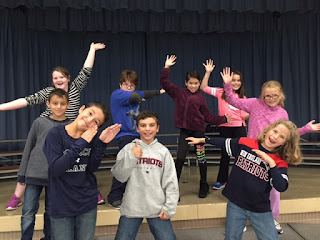 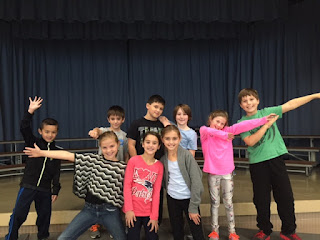 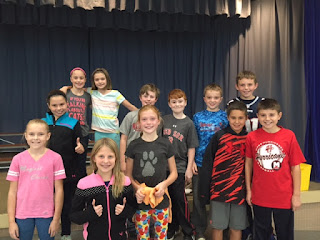 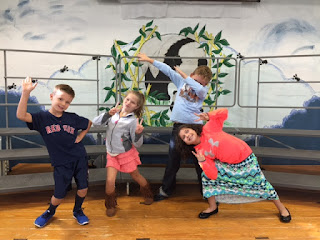 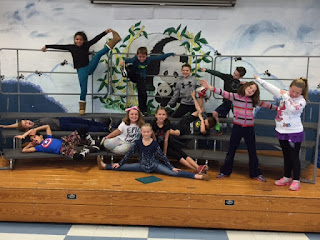 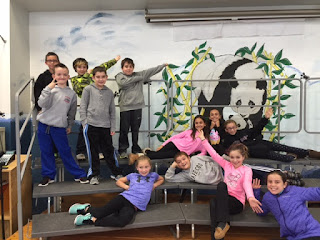 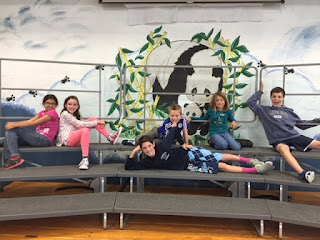 Culture of the Month!
October: Israel
This month we danced to Te Ve Orez, sang and played Zum Gali Gali, and thanks to the Nelson family I was able to show students an Israeli instrument called the Shofar. However, I didn't get to show students some popular music from Israel. Here is a new artist Liran Danino with his new single, Harbe Mimrech. He was featured in an Israeli version of American Idol. His new album is predicted to be a big hit!
Click here to listen to his hit, Harbe Mimrech!

Posted by Mrs. MacMurray at 6:16 PM No comments: